The High School began its operations with three Form 1 classes in 1991 on the Gateway Primary School premises. Two classrooms, and what would later become the Primary School library, were used for lessons. The founder headmaster, Paul Revell and his secretary Jenny Chibota occupied what appeared to be a gardener’s shed on what is now the staff car park. Assemblies took place in a tent during the rainy season and out in the open air once the rains had passed. One of my abiding memories of that time is of a young girl named Angela on the top of a bleacher surprising a visiting speaker from the UK by happily and openly responding to his call to follow Jesus. That girl is now a parent of one of our pupils.

After two terms, the school moved to the High School premises and into the first of our present buildings to be completed. The adjacent building was still being built. The staffroom was room 10 (now A04) with the admin offices next door (A02/A03). Before very long, the second building was completed, so in 1992 we were able to expand our enrolment by welcoming pupils into Form 3 and 4 as well as Form 1.

Among those form fours were Chipo Makanyanga and Nicholas La Grange who later became the first head girl and head boy. Their class was the first to write public exams at Gateway. Chipo’s outstanding academic results led to the cup for the best O level/IGCSE performance being named after her. Nicholas gave his name to the service cup because of the exemplary leadership as head boy.

Recognising the importance of Art and Computing, specialised rooms for these subjects were in the first buildings to be completed. Indeed the Computer Room was among the first purpose built computer classrooms in the country. Computer lessons began in 1992 with pupils preparing for Pitmans Examinations in Word Processing, Spreadsheet Processing and later Data Processing.

In the early days, much time was spent working on the grounds so the whole school came in on several Saturdays with our picks and spades to plant trees including the gum trees that now fringe our grounds. It caused much hilarity that one girl, in addition to her spade, brought the gardener from home to do the digging for her!

As time went by, the science block and then the library block were added. The PRC led by Mrs Farmer, soon embarked on the building of the Hall. Until then Speech Days took place at Living Word Tabernacle and plays were performed in the main quad. The first of those plays, produced by Leslie Jogi was “A Midsummer Night’s Dream”. For a number of years plays took place in a hall awaiting the addition of walls, windows and doors. Theatregoers came equipped with woolly hats, gloves and blankets. One of the most memorable plays was “Wind in the Willows” complete with a river into which Rattie (Manuella Barreiros in scuba diving gear) plunged to reappear on the other bank. Shona plays have also been an important part of the cultural life of the school with plays entitled Ndikandei and Mogoba reShumba by our own Mrs Hove winning awards in regional and national Shona Drama competitions.

Sport has been an important part of life at the school since its inception though it has taken quite a while for the playing fields and courts to be developed to their present state. Cricket and rugby fields were quickly established with grass volleyball courts where we now have tennis courts near the school entrance. Tennis was played at the Standard Chartered Sports Club and swimming at Mount Pleasant Pool. Over the years, galas were held at Mount Pleasant Pool, Les Brown Pool and Mac Donald Park Swimming Pool. It was a cause for great celebration when our swimming pool was finally opened in 2011.

The first tennis courts were clay courts in the north-west corner of the grounds but it was impossible to maintain them as that part of the school was often submerged during the rainy season. Our teams and individuals have enjoyed competing with the best in the country and many individual honours have been won. Outstanding among those is Daniel Muldoon who captained the Zimbabwe Schools Hockey team.
The Gateway Co-Ed Hockey Festival was launched in 2007 with 6 schools participating in the only festival of its kind in Zimbabwe. This festival has become an important part of the hockey calendar and now has 24 teams from 12 schools taking part each year.

The School opened with the headmaster, Paul Revell assisted by two deputies, Marcus Chibisa (History) and Rod Montague (Science) and four other teachers. They were Maria Barrett (French), Ishmael Muzamhindo (Accounts and RE), Karin Nherera (English) Geoff Saunders (Mathematics and Geography).  Mr Chibisa became headmaster in 1996. In 2008, he was succeeded by Mr Muzamhindo who in turn was succeeded by Tim Middleton in 2010. Our current head Tunga Mashungu took up the reins in 2015.

The familiar academic programme has been supplemented by what is now the Career Preparation Programme originally the Career Orientation Programme launched in 1996 by Veronica Cummings. An ACE programme led by Suzanne Carroll was added in 2002. The Takuranashe Class was launched in 2010 by Mrs Sarah Kadzomba with the support of Mr and Mrs D Watson. Under the guidance of Leslie Jogi, Gateway was a pioneer of the Servant Leadership model that is now replacing the Prefect system in many schools.

The Counselling Department has contributed significantly to the life of the school. In 1996, Gateway was probably the first school in Zimbabwe to employ a full-time counsellor, Mrs Claudia McClean. Amongst other notable achievements she introduced the “No blame” approach to dealing with bullying which has been adopted as the preferred response by the Association of School Counsellors The counselling department, now led by Georgina Mpofu, also launched an annual Career Fair in 2012 giving various organisations a chance to showcase the different career opportunities open to our students apart from going to university. This fair has grown into the largest school run event of its kind in the country.

Gateway has stretched out beyond our borders. In 2000, our rugby team and marimba group toured the UK and there have been many sporting tours to South Africa for Rugby, Netball, Basketball and Hockey. Our travelling has not been limited to sports tours. In 1996, 7 High School pupils accompanied by Mrs Drury and Mrs Jogi joined Mrs Claudette Gradwell and 9 Primary School pupils on an outreach trip to India. Many of our students have been on tour to France and most recently, Mr Mudzudza led a very successful tour to the Holy Land.

Sadly, these years have not been without their losses. Many teachers who have touched the lives of our pupils moved on to serve God in other schools both here and in the diaspora. Others, including Terrence Ravhu, our first duplicating officer, Edinah Makusha, a much loved and vivacious teacher of Fashion and Fabrics and Shona, Cathy La Grange an ever joyful and willing bursar, Martin Mapaso, a passionate music teacher, Justin Williams an inspiration and example to the ACE class, Barbra Machawira who worked passionately to develop our athletes and Rudo Nyakudya who loving mothered the COP class all received their home call while still serving here. Their service and contribution to the school are remembered with gratitude and fondness.

With 25 years of God’s good hand upon us to achieve excellence in Christian education, we look forward with confidence to His continued enabling to build lives founded upon faith in Jesus Christ. 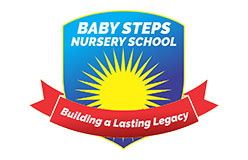 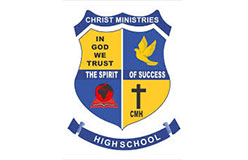