Scouting in Zimbabwe started in 1909 when the first Boy Scout troop was registered in the former Southern Rhodesia.

The Scout movement grew quickly and in 1922 sent a large contingent to the World Jamboree. The great popularity of the Boy Scout movement was mainly due to its outdoor program such as hiking, camping, cooking and pioneering which was unusual in the country. Additionally, the training and progressive badge system was targeted towards helping others, leading to responsible citizenship.

Because of the prevailing circumstances earlier in the century, a separate but equal movement was established for Africans called “Pathfinders”. By the 1950’s the time was considered overdue to merge both movements into one Scout Association. With the achievement of independence in 1980, the Zimbabwe Boy Scout Association was then able to register directly with the World Scout Bureau (WOSM) and not through the United Kingdom, as in the past.

During the years of trouble 1960-1979, Scouting lost a large number of members in the outlying rural areas. Accordingly, the revival and expansion of Scouting in these areas is a prime target at this time.
At present the Association has two main training sections:

The Rover Section has recently been revived but it is still being developed and expanded.

The programme is similar to that used in the United Kingdom. The Cub Scouts work for the Bronze, Silver and Gold Arrows and they can also choose to work for some of the interest badges that are available. There is a Link Badge which allows a Cub Scout to qualify for the Basic Scout Standard before moving up into the Scout Troop.

In the Scout section there are four progressive badges; Basic Scout Standard, Scout Standard, Advanced Scout Standard and The Chief Scouts Award. For the older Scouts there is also the Venturer and Sable Awards which offer a special challenge. The wide range of proficiency badges available for Scouts are divided into grades: Interest, Pursuit, Service and Instructor. A special Community Service Badge, divided into three age stages, was recently introduced. One of the objectives of the badge is to promote selfhelp in the rural areas to prevent the drift of people to the already over-crowded cities and towns.

Cub Scout Law: A Cub Scout always does his best. Thinks of others before himself. And does a good turn every day.

Uniform: All the sections, including the Leaders, wear a khaki shirt and shorts with khaki socks and a Group scarf. The Cub Scouts wear a cap and the Leaders and Scouts wear either the traditional Scout hat or a green beret. 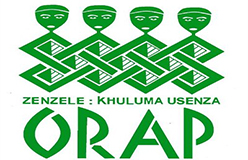 Organisation of Rural Associations for Progress 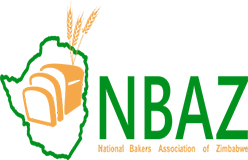 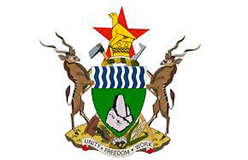