The spirit and natural rhythms of nature combine with the warmth of the raw, untamed environment and are interwoven with legends of mysterious and powerful ancient gods to give us places far removed from the concrete jungle.

Rhino Lodge is situated on the shores of Lake Kariba, a massive man made lake formed by the damming of the mighty Zambezi River in the late 1950’s. It is also situated within the Matusadona National Park, a remote wilderness area which has been designated as an Intensive Protection Zone for a small but successful population of the endangered black rhino.

The remoteness of this protected area combined with the plentiful water supply provided by the lake combine to make the Matusadona home to a wide variety of wild animals. The big five: black rhino, elephant, lion, leopard and buffalo are all found here. Hippo and crocodile and a wide variety of water birds make use of the lake. Kudu, Warthog, Zebra, Bush buck, Impala, and numerous antelope species as well as over 350 documented bird species are also here. The call of the African Fish Eagle will never be forgotten, nor that of the Ground Hornbill. Vultures, bateleurs, storks, geese, ducks, plovers and other water birds abound.

This is the original habitat in which these animals have existed since before the formation of the lake. The legendary and internationally publicized “Operation Noah” took place shortly after the damming of the river. This exercise saw a small but dedicated team undertake the rescue and resettlement of thousands of animals ranging from rhino to monkeys and snakes. Rescuing the wild inhabitants of the valley and taking them to their new homes in the Matusadona area during the time that the water was flooding the valley floor.

Posted in Parks in Zimbabwe 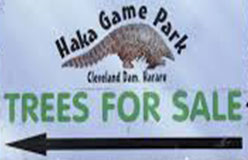 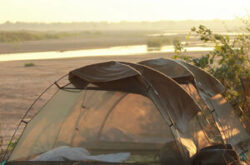 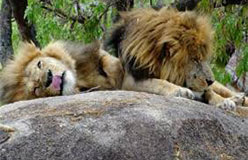 Along Bulawayo Road (between Kuwadzana and Norton), Harare, Zimbabwe