The long history of HTC training church leaders began in the Zambezi Valley in 1953 as part of the missionary efforts of The Evangelical Alliance Mission (TEAM) at Mavhuradonha. Later the training of leaders moved to Kapfundi where the programme developed by adding a three-year English course for post-Standard VI applicants. The Light of Life Correspondence School became an extension of the college and continued until 1986.

The college became co-educational in 1965, and in 1969 a three-year theological course was added. The college was relocated to Chinhoyi in 1969 where it became a significant training institution known as the Evangelical Bible College (EBC). The Evening Extension School was added in 1970, which eventually grew into a full Theological Education by Extension department (TEE). The TEE department was separated from the residential programmes in 1991 and became an independent entity distinct from the college. The Certificate in Theology, a three-year secondary level programme, was initiated in 1987 along with a post-secondary level three-year Diploma in Theology Programme. Because of the college’s desire to be as available as possible to the growing Christian community in Zimbabwe, the Evangelical Bible College relocated into Hatfield, Harare, in April 1991, under the name of Harare Theological College (HTC).

In October 2004, HTC moved to a new campus at 10 Aberdeen Road, Avondale, a short distance from the city centre, making it more accessible to those wishing to use HTC’s resources. Harare Theological College is an independent, interracial, and interdenominational college and reflects this in its selection of students, faculty, staff, and Board of Governors. 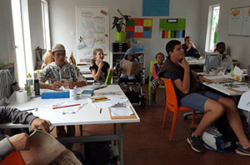 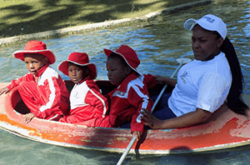