WUA is a private institution that was co-founded by two visionaries Professor Hope Cynthia Sadza, a former Public Service Commissioner and Dr Fay King Chung the former Minister of Education in Zimbabwe. The Institution was established through a Trustee Deed 692/2001 and granted authority to operate as a university by the Parliament of Zimbabwe through Statutory Instrument 130 0f 2004. Its main campus will be located in Marondera Town, 80km South East of Harare. The university is currently operating from its Harare campus, in Manresa Park at number 549 Arcturus Road. The University has campuses in Bulawayo, Mutare and Marondera. It has also satellite campuses in Malawi and Zambia. It opened its doors with a student body of 145 with a specific mandate to address gender disparity and foster equity in university education. Since its first graduation ceremony in 2005 it has churned out 6001 graduates of which 4501 were females. WUA’s vision is to be the best University in Africa in the promotion of gender equity.  Its mission is to provide quality tuition, research and service to the community to empower mostly female students for leadership and developmental roles. WUA is guided by its core values which are gender responsive, academic freedom, integrity, social responsibility, transparency and accountability. WUA seeks to enhance women’s capacity through the provision of higher education, which enables women to fulfil political, economic, social and leadership roles.

WUA is the only women’s university in the region that is directly tackling the problem of women’s access to university education. Its enrolment policy of 85% women and 15% men is contributing towards the 50:50 gender participation ratio enunciated in the SADC Protocol on Gender and Development and the Constitution of Zimbabwe. The university currently has three faculties namely: Agricultural Sciences, Management and Entrepreneurial Sciences and Social and Gender Transformative Sciences. WUA offers a flexible study time table consisting of regular day and evening classes, weekend classes, holiday block releases and Open Distance Learning (ODL) modules. WUA has foreign students from fourteen African countries and efforts are under way to increase enrolment of students from the SADC region through the University’s ODL Programme.

The University has strong governance structures provided by the Trustee Deed and Charter.  The Charter provides for a three-tier governance structure comprising the Board of Trustees (BoT), Council and Senate. The BoT is the principal authority of the University. It appoints the Chancellor and gives general policy guidelines to the University. The Chancellor, in turn, appoints the Vice- Chancellor (VC) and one or more Pro-Vice- Chancellors (PVCs) upon recommendation of the BoT, in consultation with the Council.  The VC is the chief academic, administrative and disciplinary officer (CEO) of the University, responsible for its daily operations. Management of Faculties is vested in the Deans of Faculties under the overall coordination of the Pro Vice Chancellor Academic Affairs.

Posted in Universities in Zimbabwe 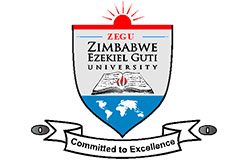 Posted In  Universities in Zimbabwe 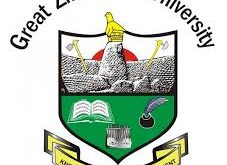 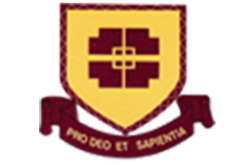