he first attempt to evangelise Zimbabwe was made in the sixteenth century by the Jesuit Father Gonçalo da Silveira of Portugal. His mission was very short lived as he was martyred on 16 March 1561 near the present boarder with Mozambique, not far from Tete. Next came the Dominican Fathers who established themselves south of the Zambezi and remained until 1775. The Dominicans tried to influence King Munhumutapa himself, but they succeeded in taking some of his sons. The first was Miguel whom they educated, trained and ordained a priest in Goa. He was the first black Zimbabwean to become a Catholic priest. He also obtained a doctorate in Theology. He died and was buried in Goa. The Dominicans took two other sons of Munhumutapa whom they trained as priests, Fr. Constantio and his brother Fr. Joao, as they travelled to Lisbon, one died at the start of the voyage and the other died in the city of Bahia in Brazil. However the local community in Munhumutapa Kingdom did not seem to have a strong community of faith of the new religion.

The Jesuits made a second attempt and returned in 1607 and remained till 1759. After 1775 all catholic missionary work ceased in Zimbabwe until 1879 when Catholic priests once again entered Zimbabwe, this time coming from South Africa and not through Mozambique like before. The Jesuit fathers and the Dominican sisters returned with the Pioneer Column and established Chishawasha Mission in 1891 and the Dominican Convent School in 1892 in Harare. Prior to these institutions, the very first Catholic Mission was established by Fr. Prestage SJ at Empandeni Mission near Plumtree in 1887. It is said that King Lobengula of the Ndebele said to Fr. Prestage SJ: “Go to Empandeni and teach the people there.”

The original Zambezi Mission of the Catholic Church, which included part of Zambia, was entrusted to the Jesuits by Pope on 7 February 1879. In 1930 the Bulawayo area was given to the German Marianhill Missionaries, who had previously worked in Manicaland from 1908 to 1930. In 1946 the Fort Victoria area, now Masvingo, which became Gweru diocese was committed to the Swiss Bethlehem Fathers. In 1953 the Mutare area was confided to the Irish Carmelite fathers and Hwange area to the Spanish Mission Institute. On 1 January 1955, by Papal Bull, the Ecclesiastical Province of Southern Rhodesia was set up. Today Zimbabwe has 8 dioceses, 12 Bishops including the retired ones, many religious congregations of men and women and show many signs of a growing local Church blessed with local priests, religious, catechists and hundreds of lay leaders.

Posted in Churches in Zimbabwe 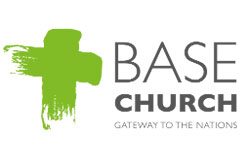 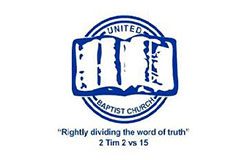 Posted In  Churches in Zimbabwe