Pathway’s design shows an understanding that the school is both the group of the people who work, socialize and learn together, as well as the school buildings and site where these activities take place. The school is dedicated to providing good quality learning and working environments for everyone, with attractive support and personal spaces that encourage well-being, self-esteem, a sense of ownership, along with a positive relationship between the school and the local community.

Pathway Private Primary School an emerging centre of education excellence in Chitungwiza; was founded by Henry Rungwave (alias Mhaka) and his wife Sabina. It started its operations on the 1st of January 2009 at temporary sites at Waterland and was registered as an Aided Primary School on 1 May 2010.

The vision and intention to establish a primary school came in early 2000 mainly as a means of gaining competitive advantage over sprouting Early Childhood Centres at that time and also as a means of satisfying the needs of Waterland’s ECD parents.

The establishment of multiple ECD Centre in Chitungwiza resulted in a lot of competition and it was this period that made strategic thinking essential in order to gain a bigger market share.

Most parents at Waterland ECD were impressed by the calibre of children that graduated from the Centre but were not happy that the culture of excellence inculcated into the children did not go far as some primary schools were ill-equipped to continue the same. Good examples were the teaching of computers, transportation of children, feeding of children and extensive educational tours. The parents requested that Waterland establishes a private school to ensure continuity of the culture of standards.

Applications for a piece of land from Chitungwiza Municipality were done in 2001 but land could not be obtained. The war was fought until 2008 when land was eventually obtained. The journey from 2001 to 2008 fulfilled the statement by Paul J. Meyer that, ‘Whatever you vividly imagine, ardently desire, sincerely believe, and enthusiastically act upon, must inevitably come to pass’. Paul J, Meyer is the 21st century ‘guru’ of personal development for mind and spirit. His books and materials for self-help efforts have recently reached their highest pinnacle for helping people reach their highest potential. Despite the fact that the project was delayed, Pathway became the first private primary school to be registered by the then Ministry of Education, Sport, Arts and Culture in Chitungwiza.

With the assistance of Sabina Rungwave, Wilfred Francis Chakuzira and Brian Luke Chikumba the school took shape. It started its operations in 2009 with 75 children divided into 3 classes. The first 3 teachers were Cecilia Gwekwete who eventually became its first Acting Head, Taulay Kajokoto; 1st Deputy Head and Marian M. Chigwanda. To enable the school’s operations, it was annexed to Fungisai Government Primary School until the time it was registered. 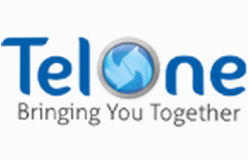 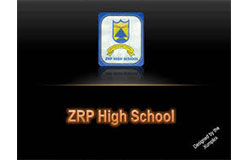 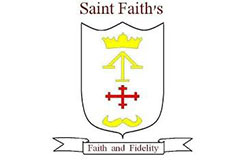