Founded in 2006, Mtetwa & Nyambirai has established itself over the past decade as one of Zimbabwe’s leading law firms. The firm’s founding partners Beatrice Mtetwa and Tawanda Nyambirai have worked together for nearly three decades, having first met when Tawanda was still at law school doing his attachment at Kantor & Immerman, where Beatrice was already a partner. Tawanda and Beatrice later became close friends when Beatrice represented Tawanda’s late brother in resisting his unlawful dismissal on the grounds that the dismissal was a violation of his constitutional right to freedom of worship.

Tawanda later joined Beatrice at the same firm where he also became a partner. The two of them became a formidable team, successfully handling several landmark cases together including the famous Econet cases of the late 1990s which paved the way for the launch of what is now Zimbabwe’s largest telecommunications company. That case illustrates the powerful combination of Beatrice’s fearless determination and heart for justice with Tawanda’s sharp mind and savvy business sense that produces ground-breaking results for our clients. Those characteristics continue to shape the culture of Mtetwa & Nyambirai to this day.

Mtetwa & Nyambirai’s history is punctuated by landmark cases in multiple areas of the law. As one of our longest standing clients, Econet Wireless’s name appears on many of those cases. These include cases such as Econet Wireless v Trustco Mobile, saving our client over a US $1 million in averted damages, and Derdale v Econet Wireless which is now the seminal case on the inherent jurisdiction of the High Court under the 2013 Constitution of Zimbabwe.

The firm has been involved with multiple high profile human rights cases. Notably, we were instrumental in the recovery of abducted activist Jestina Mukoko—who was held incommunicado and tortured for nearly a month in 2008. We subsequently handled a string of related legal cases that followed, including securing a stay of prosecution for Ms Mukoko and suing her abductors for damages in their personal capacity. Our founding partner, Beatrice Mtetwa, has received multiple international awards for her efforts and sits on the board of the International Bar Association’s Human Rights Institute.

Over the years, the firm has grown into a full service law firm with the capacity to handle matters relating to all aspects of Zimbabwean law. Our lawyers have international experience and expertise in a very broad range of practice areas. The firm employs a team of highly professional support staff who have extensive contacts with the courts and the deeds registries office. The combined experience of our staff allows us to ensure that matters are seamlessly conducted in a competent and efficient manner. We’re committed to continuing our tradition of providing cutting-edge legal services with the goal of delivering justice for our clients. 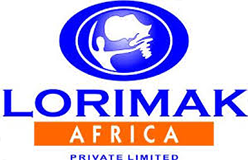 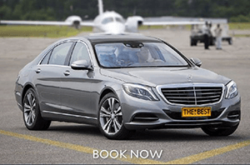 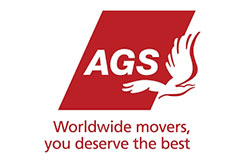