The Labour and Economic Development Research Institute of Zimbabwe (LEDRIZ) is a research think-tank of the Zimbabwe Congress of Trade Unions (ZCTU). It was established in September 2003 under a Dead of Trust. LEDRIZ is governed by a Board comprising six trade union leaders nominated by the General Council of the ZCTU and four distinguished academics and civil society leaders. The main objective of LEDRIZ is to develop through research well-grounded pro-working people policy positions designed to influence development processes and outcomes at national, regional and international levels. The creation of such and instituet was particularly timeous, given the deep-seted political and economic challenges Zimbabwe was facing and the need for well thought out and comprehensive pro-poor and working people friendly solutions.

LEDRIZ is a member of the Africa Labour Research Network (ALRN), which brings together research institutions linked to national trade union federations and their research departments across the African continent. Established in 2001, ALRN now covers 12 African countries namely: Benin, Botswana, Ghana, Kenya, Malawi, Nigeria, Namibia, South Africa, Tanzania, Uganda, Zambia and Zimbabwe. Its core mandate is to promote collaborative policy oriented research for the African labour movement on common challenges. It has carried out various researches on issues that affect the trade unions and workers in Africa.

The research finding are then used by the trade union federations in Africa for their advocacy and engagement programmes so as to protect and promote the interest if workes and their families in Africa. LEDRIZ also houses the Alternatives to Neo-Liberalism in Southern Africa (ANSA) Programme, an initiative of the ZCTU and the Southern African Trade Union Coordination Council (SATUCC)

Amongst its most outstanding publications, LEDRIZ and ANSA published a book on “The Search for Sustainable Human Development in Southern Africa” in 2006 and its companion popular version “Towards a People-Driven Develpoment Agenda”. which has been translated into Portuguese and French. In addition, LEDRIZ has also published an update of the “Beyond ESAP” book published by the ZCTU in 1996 entitled “Beyond the Enclave: Towards a Pro-Poor and Inclusive Development Strategy for Zimbabwe”.It provides a much needed alternative policy framework and paradigm for addressing Zimbabwe’s economic and social challenges and for seizing opportunities during this century’s second decade and beyond. Providing concrete suggestions on policy formulation, implementation, monitoring and evaluation in various sectors to promote inclusive growth and humane development, the book argues for a new approach to development based on pro-poor and socially inclusive strategies. LEDRIZ was indentified as a good practice labour-related research think thank by the Solidarity Centre (USA) in 2012.

Posted in Government & Parastatals in Zimbabwe 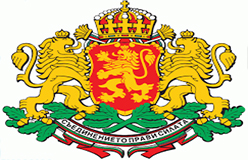 Embassy of Bulgaria in Zimbabwe 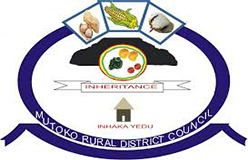 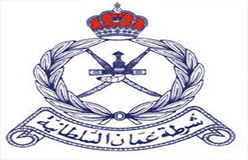 Consulate of Oman in Zimbabwe