The Montclair was built as a getaway resort for families in the capital and the surrounding farming communities in 1949 by Mr. J.R.A Smith. He named the completed sixty-four bed-roomed house Dannakay catering lodge after his two daughters Danna and Kay. The Dannakay was later renamed the Nyanga Mountain Hotel. In the early 1960s the hotel was renamed Montclair Mountains Hotel.

During the year 1970 Mr. and Mrs. Lound bought the hotel and called it Montclair Hotel. This duo did not operate for long before selling the establishment to Lonrho who changed the hotel to Montclair after Mr. Lound‘s faithful dog.

During the years from 1980 to 1987 the rooms changed in number from 64 to 85 and it is during this time that the staff cottages were built, More so, Mr. Landay Ferreira and Mr. Benata bought the hotel and leased it to Grinaker, a company which had subsidiary units like Kariba Battery, Jaggers and other various construction companies who then brought in Holiday Inn to manage the hotel, and called the hotel The Holiday Inn Mountain Hotel.

Owing to the strong financial background of Rennies Granken’s Montclair developed along different facets during this time, the Casino was built, a state of the art sewerage disposal system was built, the group also constructed the beverages cellar, extended the maintenance workshop and furthermore it increased the storeroom area.

In the year 1987, the Zimbabwe Sun Hotels took over the management of the hotel and called it Montclair Casino Hotel. The service provision from the casino was exceptional and this resulted in the hotel gaining an additional star to its rating from three to four stars.

In 1997, the Briolette Services (Pvt) Limited, a consortium of indigenous businessmen bought the hotel and called it the Montclair Hotel and Casino Private Limited and are running it to date. 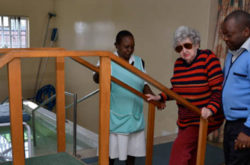 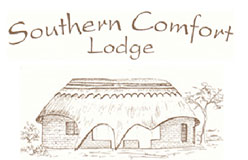 Posted In  Places and  Places & Entertainment